Adventure Ad Agency is a full service advertising agency specializing in Media Placement (TV, Radio,Outdoor, Online Marketing, Web, Social Media. Print and Commercial Production.) With over 21 years experience placing advertising in South Carolina, North Carolina & Georgia, we have the knowledge and the contacts to maximize the advertising dollars you have budgeted. 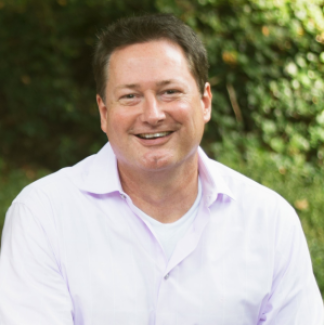 Brian has over 21 years’ experience placing advertising in South Carolina, North Carolina & Georgia, he has the knowledge and the contacts to maximize the advertising dollars you have budgeted.

Alayna Mentzer-Madison, earned a BA with honors in Advertising/Marketing from the college of Journalism, University of Nebraska at Lincoln.

Alayna began her design career hand cutting lettering for race cars, jet ski’s and boats at a small sign shop. After managing a team of five they put together colorful, exciting signs for local events, sports teams and businesses. From there she moved to the retail world producing weekly and monthly advertisements, in store signage, and point of purchase displays of various consumable products and fashion clothing. Alayna worked closely with the photographers for special holiday events.

In 1999 Alayna became Creative Director for a local Outdoor Company in Omaha, NE designing and heading up the production of large format signs and billboards for 8 states. Mrs. Madison is very proud that she has received two Addy Awards for billboards.

We are outdoors people and fill our time 4-wheeling, fishing, boating, swimming and traveling. “There’s nothing better than a new adventure, a campfire, some good company and a star filled summer sky.” Alayna now owns and operates her own Creative Business called AMF Outdoor & Creative Services. She has clients in 18 states that she provides both static and electronic billboards for as well as logos and other creative. She believes that if you’re going to work long and hard you may as well do it for yourself.

Born and raised in the small town of Camden, South Carolina, Tres Dabney holds an architecture degree from Clemson, as well as a Bachelors of Science in Business.

Combining his love of music, photography, and the outdoors, he found his own “True North” when he decided to pursue a career as a professional photographer. Since realizing his desire to capture the world from behind the lens of a camera, Tres Dabney has founded True North Productions. With True North, he hopes to help others capture their special moments on their own journeys and help make sure they have a lasting memory.

She has been hired as the preferred face and voice for a variety of renowned productions such as The Grammy’s, The Billboard Music Awards, The CMA’s, and VEVO Music and has worked with numerous household brands on both regional and national levels to include Rooms To Go, Home Depot, Hanes, Lowe’s, Ford, Vevo, John Deere, ADT, Serta, Verizon and more. Erika’s voice commands the microphone regardless of the stage. 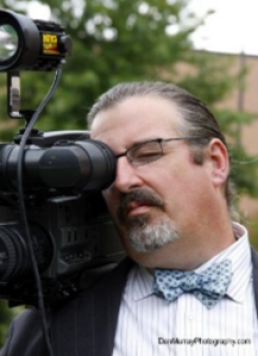 Jeff has been in video production for more than 20 years. He has an undergraduate degree in Television Production. His career began as a television commercial producer for a local cable affiliate. For thirteen years he produced local cable commercials.

Jeff has taken on projects such as commercials, infomercials, seminars, training dvd’s and many other projects. Jeff prides himself on being a tireless worker and lives by his motto: “sell to help.” Write – Shoot – Edit, Jeff can do it all from standard commercials to full HD commercial production.

Victoria D’Anthony graduated from the University of South Carolina-Beaufort with a bachelor of arts in Communications and Media Studies. Originally from New England, Victoria has lived in the upstate of South Carolina for a year and enjoys exploring downtown and engaging with the community. Since graduating in May 2020 she has ventured into free-lance writing, and social media marketing. Victoria has had several articles published on online platforms and focuses on creating and curating engaging content. She enjoys writing, advertising, and using social media as a tool to inspire growth within small businesses.

Let us put our talents to work for you today. Adventure Ad Agency has offices in Greenville, SC and Myrtle Beach, SC. We provide coverage for the Carolinas and Georgia from these locations. Contact us today!